The Color of Light – A Masterclass with Arthur Meyerson – Online

Join Arthur Meyerson for a compelling and intensive online workshop designed to heighten your awareness of color and increase your ability to successfully capture distinctive moments with your camera.

Through daily shooting assignments, critiques and discussions, participants acquire techniques to become more sensitive to light and its effects on color, composition, texture, pattern and design. While covering the use and quality of natural and artificial light, the main focus is on investigating color from a personal point of view. Arthur guides and inspires participants to help refine an individual style for creative fulfillment.

Utilizing Zoom as our platform, the workshop begins with a review of each participant’s images and a discussion of personal goals. Each day from 11:00am(EDT) to 1:00PM(ish) the group will convene for critiques, conversations, lectures and slideshows followed by an assignment for the day. Tuesday, Wednesday and Thursday afternoons Arthur will schedule 20 minute one-on-one sessions with each participant to discuss their work and goals in photography.

While this is an online class, the materials and information presented are the same as those Arthur utilizes in his in-person class. However, participants will have the advantage of photographing in their familiar surroundings.

Leica Akademie USA Director Tom A. Smith will support the workshop throughout the week to assist in assignment, software and technical questions.

Participants complete the week with a greater awareness of their strengths and an enhanced sensitivity to light and color.

WHO SHOULD ATTEND
Amateurs and professionals alike will gain much from this program.

WHAT YOU SHOULD KNOW
Owning a Leica is never a requirement to attend one of our workshops. We will have a selection of cameras available for your use.

CAMERA LOAN
A limited number of Leica cameras are available for you to use, by request during the workshop. (Loans available on a first come, first served bases.)

SPECIAL NOTES
Enrollment is limited to only 9 participants. 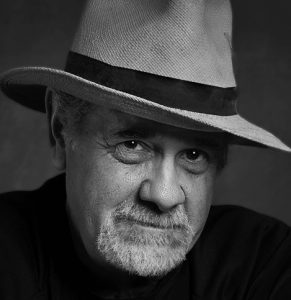 Arthur Meyerson  is recognized as one of America’s finest color photographers.

Over the years, this native Texan has traveled throughout the world creating award winning advertising, corporate and editorial photographs, as well as an extensive body of fine art imagery.

Adweek magazine named him Southwest Photographer of the Year on three separate occasions and American Photo has selected him as one of the top photographers in advertising.

His awards are numerous, including gold medals from the New York Art
Directors Club, the Art Directors Club of Houston, the Dallas Society of Visual Communications and the prestigious Stephen Kelly Award for his work on the Nike advertising campaign. He was selected by Nikon to their illustrious Legends Behind the Lens list and honored by the Houston Advertising Federation as the inaugural recipient of the Only In Houston award for individuals “whose creativity and passion for his art have brought recognition to the city of Houston”.

In 2008, the Houston Decorative Center named him as the first recipient of photography in their annual Stars Of Design celebration.

Besides his commercial work, Arthur’s fascination with light, color and the moment continues and has culminated into an impressive body of personal work as well. His photographs are included in many public and private collections and have been exhibited internationally.

In 2012, he published his highly acclaimed book, The Color of Light, a collection of some of his personal color images from the past four decades and his latest book, The Journey, tracing his photographic life, was released in 2017.