Whether an amateur, professional or enthusiast, we share one important quality of photography; we are alone as we peer through the viewfinder. We frame and choose the instant alone, elevating a moment as the “best”, then offer it to a client, friend or loved one and hope for a glimmer of understanding.

This workshop provides the rare opportunity for a small group of students to come together with internationally recognized, award-winning and National Geographic contributing photographer, Lynn Johnson and photographer and curator, Patricia Lanza for a weekend of visual learning.

Emphasis will be placed on the concept of “working with intention” with a focus on critical skills of photographic image making, sensitivity to light,  design of the frame, and the power of the emotional moment. Most importantly, we will discuss how to get “unstuck” creatively so you can advance your personal style and build visually driven projects.

Combing lecture, hands-on creative assignments and group critique, the mission of this class is to build a community of photographers who are curious, collaborative and passionate. This 3-day workshop is designed to serve anyone who considers photography part of their life.

FRIDAY: (4PM-8PM)
Lecture, Student Introductions, Assignments, Optional Portfolio Reviews (students can opt to send a link for Lynn & Pat to review ahead of the workshop)

SATURDAY: (10am–5pm)
Working in the Field. (Downtown LA Location to be announced)

Participants of any age who want to elevate their creative photography skills, whether by telling a story, supporting a cause or celebrating beauty. Both the technical and aesthetic elements of this visual language are important. Please have a working knowledge of all the technical aspects of your camera and come to the class with your projects, ideas, curiosity and enthusiasm.

The class size will allow for individual mentoring both during our shooting time and editing sessions. The topics we cover will be guided by participant interests.

SPECIAL NOTES
*Leica Cameras are NOT required.  Lunch Provided on Sunday.  Enrollment is limited to only 12 participants.

SCHOLARSHIP
We are offering one person a scholarship for the workshop. Interested? Please write to us at Akademie@leicacamerausa.com and send a link with up to 20 images or your website along with a short bio about yourself. Include a short essay on why you think taking part in this program will help your creative vision. A winner will be selected by December 2nd, 2019. 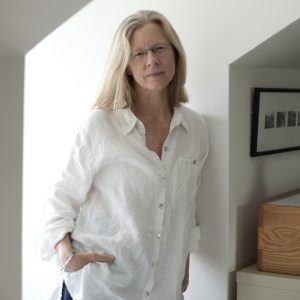 Lynn Johnson photographs the human condition. A regular contributor to National Geographic, Johnson is known for finding beauty and meaning in elusive, difficult subjects—threatened languages, zoonotic disease, rape in the military ranks, the power of cannabis. She collaborates with the people she portrays to honor their visions as well as her own. At National Geographic Photo Camps, she helps at-risk youth around the world find their creative voices. At Syracuse University’s Newhouse School, she is developing a mentoring program that challenges master’s students to push past their comfort levels in pursuit of their own truth, frame by frame. 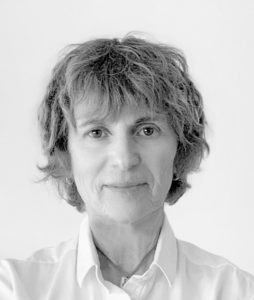 American photographer and photo curator Patricia Lanza has traveled to over 53 countries on assignment to document some of the most compelling people, nature, cultures and stories of our time. Lanza began her career at the National Geographic Society in Washington, D.C. learning about narrative and storytelling through imagery.

Starting as a staff photo editor working with Nat-Geo’s vast archive, her position evolved to full time contract photographer— an exciting, dynamic direction she followed for eight years. Patricia has been on assignments around the globe for countless editorial and commercial newspapers, magazines and clients.

As the Director of Talent and Content and Exhibitions for the Annenberg Space for Photography in Los Angeles from 2009 to 2017, Lanza curated and developed twenty-two exhibitions from concept to installation. With extensive experience in all aspects of mounting exhibitions, managing collections, hiring staff, developing programming, participating in film festivals, Lanza has worked with major museums and photo venues around the world to package, market and travel exhibitions.

Under Lanza’s direction, The Annenberg Space for Photography collaborated with and presented the world’s greatest photographers and filmmakers, and garnered many industry and media awards. In 2011, the multi-media exhibition, Beauty CULTure won exhibition of the year in a field which included and competed against major international museum photography shows. The accompanying film directed by Lauren Greenfield was nominated for an Academy award.  In 2016, working with the United Nations, the exhibition, Refugee, was nominated for exhibition of the year. Lanza co-curated the exhibition and co-authored the accompanying book/publication with Elisabeth Biondi, former photo director of New Yorker magazine.