Final payment due 90 days before departure.

Using the gorgeous Spanish city of Seville as our base and point of inspiration, we’ll explore both the historic and modern aspects of everyday life on the winding streets of this pastel-colored city, as well as the most famous pilgrimage in Southern Spain, “El Rocio.” Over a million people from all over Spain travel by foot, horseback and covered wagons, to the small village of Rocio (35 miles from Seville) to pay their respects to the Virgin of Rocio.

The workshop begins when the pilgrims embark on their journey from Seville to El Rocio.  Next, we’ll catch up with them as they set up camp one evening during their journey, celebrating with food, song and dance.  On the final day of the pilgrimage, we’ll take a day trip to El Rocio to witness the big event. We’ll also explore different neighborhoods and cultural aspects of Seville throughout the week.

Jon and Lauren will meet with you individually, as well as in groups, to get to know each of you and gain insight on:

Have you ever wondered what the life of a working photojournalist or documentary photographer is like? If you had a week in a new city or country could you create a visual story worthy of being published, and turned in on deadline?

Leica’s On Assignment: programs apply a photo journalistic lens to our popular Leica Destination series of workshops. Participants work in small groups of two to three and immerse themselves in a documentary approach to storytelling, producing a cohesive body of work. The objective of the “On Assignment” series is for each participant to produce a tangible body of work that stands as a compelling project or narrative on its own merit, rather than a collection of random snap-shots or tourist images.

Through daily assignments, critiques and lectures participants develop, a visual story or photo essay from concept to completion. With a low student to instructor ratio, our group size is limited to ensure one-on-one time with the instructors. Each participant group will also have a dedicated bi-lingual assistant to ease interactions with subjects and situations. 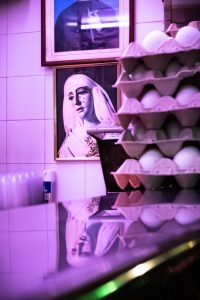 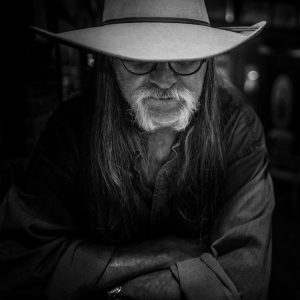 Jon Kral has worked as a professional photographer and photojournalist for more than 49 years, chronicling events in the United States and many other countries, earning him a Pulitzer Finalist rating. During his 18 years with the Miami Herald, Kral earned a reputation as an outstanding news photographer trusted to go to any assignment, and return with excellent images while working under tight deadlines.

Many of his images from Hurricane Andrew were included in the newspaper’s entry that earned the 1993 Pulitzer Gold Medal for public service. His work showing the harsh reality of Venezuelan prisons garnered numerous awards, including a finalist for the Pulitzer in news photography in 1995. A project on Miami’s teen gangs won a Robert F. Kennedy prize for photojournalism. He also covered the volatility in Middle East for the Miami Herald, making several trips to the region in the 1980s and 1990s. In the last several years, Kral has focused on book projects. His first, published in 1999, is a collection of photographs of the Florida cowboys. His other books are fresh looks at Florida’s thoroughbred horse racing, Mississippi steamboats and motorcycle road racing.

Kral has been published in most major publications in the United States and abroad including, Time Magazine, US News & World Report, National Geographic, Newsweek, Stern Magazine, The New York Times, LA Times, The Washington Post and others.  Lately, Jon has focused much of his time on shooting street photography, and teaching photography workshops. Jon enjoys relaxing with a good Bourbon smoking a pipe. He lives with his wife, Beth and dog, Charley, beside a trout stream in the mountains of western North Carolina. 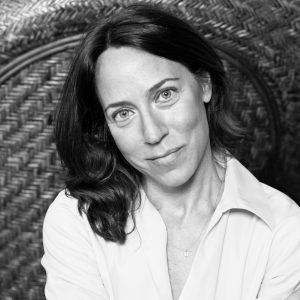 Lauren Welles is a freelance photographer based in New York City.   She is attracted to stories that display our commonalities as people; she believes that, as human beings, we are much more alike than we are different. One of her greatest joys is to make candid photographs of people, in which a single frame can tell a multitude stories.

Her photography has received several awards and has been exhibited at various venues around the world, including: The Half King Photo Series; Coolture Impact’s outdoor, digital, interactive exhibit in Times Square/Port Authority; “The Fence” at Photoville, the Museum of the City of New York, and Arsenal Gallery Central Park, in New York City; the Miami Stree t Photography Festival, Miami, FL; Rayko Photo Center, San Francisco; PhotoLeiden, The Netherlands; Gudberg Nerger Gallery, Hamburg, Germany; and HeadOn Photo Festival, Sydney, Australia. Her work and interviews have been published in various publications, including the New York Times; La Repubblica; CBS News; The New Yorker; Slate Magazine; Adoir Noire Magazine; Clavoardiendo, Spain; the Phoblographer, Street Photography Magazine, the Candid Frame and Street Photography Magazine podcasts, as well as various street photography books.  She served as a curator for the group photography exhibition, “Greetings from Coney Island” at the Charles P. Sifton gallery in New York City. Lauren also teaches photography at the LAB high school in Chelsea, NYC, on behalf of the NYC SALT program, and has served as a portfolio reviewer and contest judge for various photography festivals and competitions.  Before turning to photography, Lauren practiced law, including in Spain, where she once lived. She is very excited to return to the country she calls her “second home” to teach this workshop. 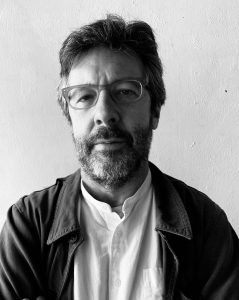 Alberto Rojas Maza (Sevilla, 1971), a freelance photographer since 1995, graduated with a degree in History from the University of Seville, where he also began his photographic studies.

In 2002, Rojas founded Cobertura Photo in Seville, Spain, a space dedicated to teaching photography and developing photo projects.  Between 2006 and 2009 he co-organized the EU Women and True or False photo projects, together with other European institutions. Between 2012 and 2014 he directed, “The Other European Travelers,” a photography project exploring, the experiences of European citizens and their families who, for economic reasons, left their countries of birth to starting a new life in new lands.

His work has been exhibited in a variety of Spanish art galleries, including Juana de Aizpuru and ARTEXXI, and is part of the Escala Collection of Contemporary Art, as well as other private collections.