Your backstage pass to the Arts & Culture of Havana.

Leica Akademie USA invites you to join the On Assignment: program in Havana, Cuba.

Led by internationally known Cuban Documentary Photographer Raúl Cañibano Ercilla and Pulitzer Prize-winning photojournalist Rodolfo Gonzalez, this eight-day, nine night, all inclusive program will focus on the arts, culture, and people, who make up the heartbeat of this rapidly changing city.

Designed with support from Havana’s premier photographic museum, Fototeca de Cuba, this is much more than a typical travel photography tour. It’s an immersive photographic, cultural and creative experience, unlike anything we have previously offered.

In an effort to advance your storytelling skills and sharpen your ability to create visual narratives, participants will be challenged to go beyond Cuba’s well-documented visuals: classic cars, cigar-smoking locals, horses in tobacco fields, and Habana Vieja — The Old City — with its eclectic mix of architecture, museums, galleries, plazas and gritty street life. Our journey will take you behind-the-scenes of Cuba’s performing arts and cultural world, such as ballet, salsa, jazz, circus, Afro-Cuban, and fusion dance forms.

Additional engagement and context of Cuba’s performing arts and culture will be detailed by local photographers and art curators through evening lectures and daily photo reviews.

The trip will culminate with a celebration of your assignment along with Havana’s arts and creative community, supported by Fototeca de Cuba and its Director, Nelson Ramirez de Arellano Conde

Have you ever wondered what the life of a working photojournalist or documentary photographer is like? If you had a week in a new city or country could you create a visual story worthy of being published, and turned in on deadline?
The Leica On Assignment: programs apply a photo journalistic lens to our popular Leica Destination series of workshops. Participants work in small groups of two to three and immerse themselves in a documentary approach to storytelling, producing a cohesive body of work.
The objective of the “On Assignment” series is for each participant to produce a tangible body of work that stands as a compelling project or narrative on its own merit, rather than a collection of random snap-shots or tourist images.

Through daily assignments, one on one critiques and evening lectures participants develop, a visual story or photo essay from concept to completion, over the course of the program.

Our group size is limited to ensure your one-on-one time with the instructors. Each day, we will break up into small groups of two to three, depending on final attendance — each with an instructor. Each participant group will also have a dedicated bi-lingual assistant to ease interactions with subjects and situations.

Raúl Cañibano Ercilla works as an advertising and documentary photographer in Havana. His work focuses on people and demonstrates the vitality of modern-day Cuban photography.

One of the younger generation of photographers born after the Revolution, his work focuses on people, everyday life, history and socialism.

For more than 25 years he has been considered one of the top photographers in Cuba. Recognized, published and exhibited internationally, including in Cuba, the United States, England, France, Norway, Australia, Japan and Spain.

In 1993, Raúl had his first solo exhibition, ‘Lonely Hunter’ at the Fototeca de Cuba. Since then his work has been shown in many exhibitions in Cuba as well as in Mexico, Canada, Brazil, the United States, Spain, Greece, Italy, Belgium, and Japan.  In 1999, he won the Grand Prix in the Cuban National Photography Exhibit for his project, ´Tierra Guajira´ (Country Land), which focused on the life of rural Cuban workers.

In 2000, Raúl was one of eleven photographers selected for the ‘Cuba, Si! Cuba, Seen!’ retrospective of 50 years of Cuban photography at the Royal National Theater in London. His work is part of the Collection at the International Center of Photography in New York City.

His most recent exhibition was held at the Photographers Gallery in London in 2019. 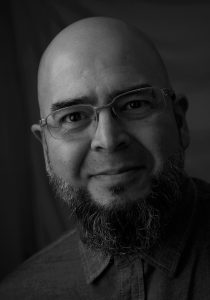 Rudy was a member of the Rocky Mountain News photography staff that was awarded the Pulitzer Prize for its coverage of the Columbine High School shooting in 1999. He has also won a National Headliner Award, a Texas Headliner Award, the Barbara Jordan Media Award, and numerous Texas Associated Press Managing Editors awards among others. From 2000-2016, Rudy was on staff at the Austin American-Statesman, a daily newspaper of Austin, the capital city of Texas.

A native of San Antonio, Texas, Rudy studied journalism, photography and mass communication at San Antonio College. He is on faculty at Texas State University’s School of Journalism & Mass Communication