The 1940s was the Golden Age of the pin-up poster with the US Military unofficially sanctioning and distributing these images to troops in the form of photos, magazine spreads and even calendars with the intent to raise morale, reminding these young men what they were fighting for.

Learn how to create your own version of the classic pin-up & portrait with Los Angeles-based published photographer Joey Carman, and Leica Akademie Instructor, Philip Cuenco; as they lead this workshop at The Palm Springs Air Museum.

This weekend workshop will include a lecture/discussion, shoot day, and post-processing day.  The workshop will end with a finale of printing your selection of three pin-ups with Print Master, Eric Joseph.

The Backdrop: The museum boasts the world’s largest collection of WWII aircraft and land vehicles in the world, all housed in four hangers that take up over 89,000 square feet, giving you endless creative opportunities. The workshop will be divided into sub-groups so that each student will photograph various models and aircraft throughout the day.  Students will also enjoy a private guided tour of the museum with staff, giving them a chance to photograph aircraft only.

The Models:  We will provide both male and female models and a wardrobe selection of not only 1940’s costuming but also, current fashion so you can create a modern take on Aircrafts and Portraiture.

The Lighting: Students will be exposed to going beyond “using available light” as we will be using both off-camera flash and reflectors to create the best lighting possible for your model.   Joey will be showing how he uses his “Studio in a Bag”, the Leica SL, SL2, SF60 & SF C1 Transmitter for minimal foot print, versatile lighting scenarios and incomparable portability.  Philip will demonstrate techniques for lighting with lights and modifiers for anyone who want to explore the options of working with studio/location lighting.

The Flying Experience: The Palm Springs Air Museum will also be offering reserved flight times for Akademie students interested in flying in either a Douglas C-47 Skytrain, Trojan T-28, P-51D Mustang, or if you can handle it, the Lockheed T-33 Shooting Star Jet.  This is a once-in-a lifetime opportunity as a photographer to capture the experience of flying like a WWII Pilot!  **(Flights not included with workshop but Akademie students do get priority to reserve a slot on workshop weekend due to demand) **  Contact the Palm Springs Air Museum Directly to book your flight.

Lunch will be included on Saturday & Sunday.

FRIDAY (4P-7P – Offsite) The workshop will begin with a lecture and discussion with Joey and Philip at an off-site location in Palm Springs about 10-minute drive to the Air Museum.

SATURDAY (10A – 5P): Palm Springs Air Museum.  The workshop will be broken up into alternating groups throughout the day.  Each group will take a private tour of the museum getting up close and personal with the Warbirds and land vehicles. Models in 40’s era and current fashion will be available to work with to create your pin-up images.

SUNDAY (10A-5P – Off Site): Students will convene for the final day at an offsite location.  Students will arrive with a select number of outtakes from Saturday’s workshop.  Students will bring their laptops to display their images and make edits with Joey & Phil to narrow down to final selects.  Photoshop & Lightroom are not required but will be used as the main software for the post-processing demos.   For the finale of the workshop, a final three images will be printed for students on location by master printer Eric Joseph of Freestyle Photo.  Eric will provide a variety of paper & knowledge to help students decide which paper their work will look most effective for their final finished piece.

Anyone with an interest in learning how the how-to of “seeing” and streamlining both their gear selection and post-production will benefit from attending this program.  Intermediate, as well as advanced working professionals from any field of photography will gain practical insights. Current owners of the Leica SL or those considering making the transition to an all SL system are also encouraged to attend.

SPECIAL NOTES
*
Leica Cameras are NOT required. Joey will be leading the class mainly using his Leica SL, and some of the M10. This program will focus on techniques beyond the basics, so all participants are expected to have a basic understanding of their camera and ability to control exposure and menu settings. Lunch will be included.

Enrollment is limited to only 12 participants. 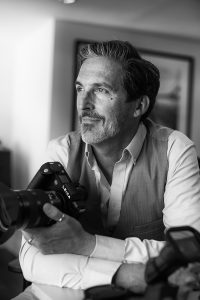 Joey’s photographic career has crossed the United States from NYC to LA and beyond. He started his career in front of the lens as a model touring Europe, moving around the globe and finally settling down in New York City. He began his photography career covering fashion from behind the lens, discovering that this is where his passion truly lies.

Joey resides in Los Angeles with his wife and his two children.  He owns and operates Joey Carman Photography, Inc. & Design, in Los Angeles, a full-service studio that crosses many photographic genres including rock and roll, fashion, commercial, landscape, product, digital compositing, family and wedding photography. 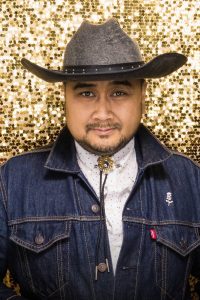 Philip Cuenco is our West Coast Leica Akademie Instructor and Producer, bringing educational content and experiences to the company.  For almost 7 years,  he has been producing and assists most of the masterclasses that come through Los Angeles and does many of Leica’s private photography training.  You may have seen him working behind the scenes lecturing or teaching at our events across the nation such as Photoville and Luftgekühlt.

Originally trained as a 3D Animation & Special Effects artist, he moved into post-production working on trailers. He has photographed professionally since 2005, covering nearly all genre of photography while also being published in magazines as a fashion and celebrity photographer.

Though he prefers teaching and producing, he can still be caught on occasion working the red carpet, NY Fashion Week, or helping friends shoot behind the scenes on movie sets and private events.  Past clients of Philip include:  Swarovsky, Alter-G, (AFI)American Film Institute, Ford MotorSports, Tadashi Shoji, Escada, Mikimoto, Film Fashion, Rogers & Cowan, and more.

Eric Joseph graduated from California State University, Northridge in 1985 with a BA degree in Art, Specializing in Photography. His advanced photography and primary mentoring instructor was Jerry McMillan an internationally respected photographer who was part of the ground breaking Photography into Sculpture exhibition at the Museum of Modern Art, New York, 1970.

His career at Freestyle Photographic Supplies started in 1986 starting as sales person in the retail store working his way up to his current position as Senior Vice President of New Business and Product Development. As a respected industry insider Eric has established a solid reputation as a technical and creative resource in photographic processes, both darkroom and digital.

Most recently Eric has been traveling all over the United States performing a very unique, informative, inspirational and empowering seminar “The World of Inkjet Paper…The Print Matters!” Speaking at Colleges, Universities, Commercial Labs, Photo Clubs and Professional Photographic Organizations this seminar has given photographers the knowledge to make the necessary decisions about their digital output, making their work outstanding and unique.

Eric was also the one who printed all those mind-blowing prints for all of our Leica users at the recent, Luftgekühlt 6!