A Leica Weekend with Phil Penman

Explore the visual extremes of Miami with Photographer Phil Penman. From early morning light and color of South Beach to evenings of bright lights and shadows, the cityscape of Miami will be the inspiration for this Leica Weekend  to remember.

Phil has photographed Miami for many years and enjoys photographing the city at these times. He will take us around to areas rich in texture when bathed in early morning, evening light and long into the night. He will also be giving us insight into his creative process from how he sees to how he selects and then edits the final images.

Friday, February 21
5pm — 8pm: How to shoot the golden hour of sunset

Saturday, February 22
5am – 8am: The how-to’s of shooting the early light of dawn
Breakfast on your own
11am — 3pm: Image Processing
5pm — 8pm: The Afterglow of Dusk

Anyone interested in the landscapes and lifestyles of Miami as they are lit by early morning and late evening light. This is also a rare opportunity to get creative insight from Phil.

5:00am is not a misprint. It’s early, but that is a time the light is the best. You should have a good understanding of your camera as well as an understanding of basic image editing. You can use any camera and we will have a selection of Leica Cameras available for you to try for the weekend.
Attendance is strictly limited, so be sure to sign up at your earliest opportunity.

Phil Penman comes from a tranquil corner in the county of Dorset, England. Today he works as a freelance street photographer in New York.

Phil had an interest in the visual arts, photography and darkroom work at an early age. After studying photography at the Berkshire college of art and design his first job was at the Wokingham times, a local newspaper published in Berkshire. Penman photographed just about everything, including babies, sheep, and local politicians. at age 21, he received an offer from a photo agency and took charge of their customer Microsoft UK. looking after the company meant taking most of the corporate portraits.

Phil did not let this tie him down and he left Great Britain and set out for the United States. New York was his ultimate destination, but he made a detour to Los Angeles, where he worked for a celebrity news agency photographing living legends such as Jennifer Lopez, Bill Gates and superman Christopher Reeve.

After six months, the agency sent him to New York to establish an office.

Phil has covered the biggest entertainment and news stories in America, including the September 11th world trade center terrorist attacks – for which his work won worldwide recognition. Penman has spent the past 15 years cycling around the city documenting a broad spectrum of New York life.

Phil’s work has been exhibited at the Leica gallery in New York city as well as being featured in Leica Fotografie international.

He currently travels across the world photographing assignments for a diverse range of clients including the best-selling magazines People and Hello, British newspapers the Independent, Daily Mirror, the Sun, Daily Mail, Daily Telegraph and the Guardian, as well as American publications USA today and New York post. 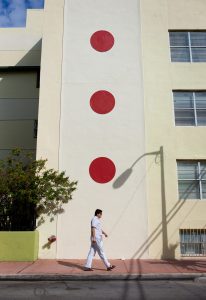