Beyond the Single image: D.C.

Join Michael Robinson Chávez and Hector Emanuel for a weekend of taking your vision beyond the single image, learning the craft of weaving photos together, the art of editing, sequencing, pitching ideas and everything you need to know to become a more effective visual storyteller.

Many photographers know how to make well composed and lit single photographs. The next challenge is to create a body of work, a photo story or essay, that conveys what you are thinking visually. Hector and Michael will helping you to improve your vision and narrative skills beyond just candid moments. This is the a critical, step in a photographers evolution.

Michael and Hector will share their decades of expertise as award winning photographic storytellers with you. Together, we will be finding a narrative, theme or mood as we explore new ways in which to expand your vision while retaining the fun, surprises and mystery of street photography.

Washington DC is rich in story potential: an essay on the quirky world of tourists, life on the Potomac waterfront, the city’s Chinatown district and the famous Mall are just some of the possibilities.

This workshop is open to all experience levels: Any photographer with a serious interest in exploring different approaches to visual storytelling is encouraged to register. It is expected that participants are already comfortable with proper exposure and general camera use.

What you should know

Each student will have the opportunity for a one-on-one portfolio review (20 images maximum). Being equipped with your own laptop or the ability to edit your photographs will be needed for daily edits. Owning a Leica is not required but a selection of Leica cameras will be available to use throughout the workshop.

Enrollment is limited to 11 participants.

SCHOLARSHIP
We are offering one person a scholarship for the workshop. Interested? Please write to us at Akademie@leicacamerausa.com and send a link with up to 20 images or your website along with a short bio about yourself. Include a short essay on why you think taking part in this program will help your creative vision. Deadline July 10th, 2020.

This event coincides with an exhibition at the Leica Store D.C.

Michael Robinson Chávez became seduced by photography after a friend gave him a camera before a three-month trip to Peru in 1988. A native Californian and half Peruvian, Michael is currently on his second tour as a staff photographer at The Washington Post. Prior to that, he worked for The Los Angeles Times, The Boston Globe and the Associated Press. He has covered assignments in over 70 countries including the collapse of Venezuela, the historic drought in California, tsunamis in Indonesia and Chile, the Egyptian revolution, life in India and Brazil’s slums, gold mining in Peru, the 2006 Hezbollah/Israeli war and the US led invasion and occupation of Iraq.

Michael is a three-time winner of the Robert F. Kennedy Award for Photojournalism and was named second place Photographer of the Year by Pictures of the Year International in 2010 and 2014. He has received awards from the Best of Photojournalism, the Chinese Photojournalist Society, the Scripps Howard Foundation, Society of Newspaper Design and the White House News Photographer’s Association.

His work has been exhibited widely, including the Visa Pour l’image festival in France, the Head On Photo Festival in Sydney, the Corcoran Gallery in Washington DC, The Los Angeles County Museum of Art, Centro de Imagen in Lima, Peru, Imagenes Havana in Cuba and War Photo Limited in Dubrovnik among others. 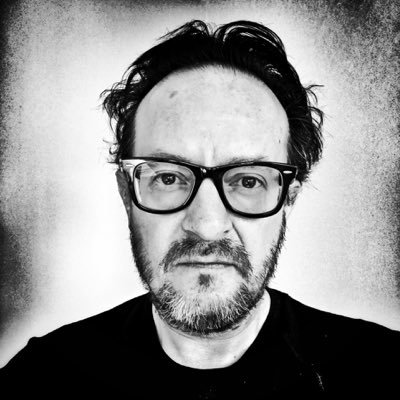 Hector Emanuel is a Peruvian-born documentary photographer based in Washington, DC. During his twenty-four-year career, he has traveled and photographed extensively throughout the world for editorial, commercial and nonprofit clients. His primary interest is the examination of social, political and environmental issues in Latin America and the US. His work reflects the great ethnoracial and cultural diversity of the Americas.

Among the many prizes he has received are a World Press Photo prize and an NPPA’s Best of Photojournalism award for his documentation of the civil conflict in Colombia, as well as a POYi prize for his portrait series depicting life in Pine Ridge Indian Reservation. He is a founding member and current president of Metro Collective.