The Art of The Physique with Per Bernal

Join us as we host one of the finest physique photographers, Per Bernal, for “The Art of The Physique” workshop in the city known as the ‘Mecca of Fitness’, Los Angeles.

Per will lead the class, demonstrating first-hand how to shoot timeless physique photography, and teach you the secrets of how he achieved his famous cover and fitness images in terms of composition, lighting and direction of athletes and models. Starting with the how tos for going from single source to multiple strobe setups; using lighting to dramatically shape bodies and enhance muscle definition, to the best camera angles that will help you capture dynamic and heroic images. Ultimately you will gain a new perspective on how to create striking body images for your portfolio or personal collection.  We will be covering both available light and some of Per’s advanced techniques using flash.

His extensive knowledge and experience will help you break habits that may have been holding you back from creating the images you have envisioned. This workshop is intended to help open your mind, expand your creativity and help you further understand the technical aspects and mindset of physique photography.

By the end of the workshop you will have the confidence to cull, edit and select images, which will consist of a cover shot and editorial-style images suitable to submit for publication. Each student will also take away one printed image from class.

FRIDAY: (5pm-7pm) Students will meet at The Leica Store Los Angeles in West Hollywood.  Per will begin the weekend with an opening lecture and brief overview of what to expect for the weekend.

SATURDAY: (10am-5pm)  Shooting will be on location at Per’s Studio in Los Angeles between Culver City & Playa Vista.  Per will have elite athletes (men and women) as our models for the day. There will be two to three unique photo set-ups where, under Per’s guidance, the attendees can practice what has been shared. Students are encouraged to bring their laptops and external hard drives so they can backup, import and edit their images on the spot using their preferred software.

Lunch will be provided on-site.

SUNDAY: Sunday will wrap at the Leica Store in Los Angeles. Students will come in with no more than 30 JPGS.  This day will consist of editing as well as and a critique of each student’s series of work so, ultimately, you will finalize a body of seven selected images that fit the requirements for magazine publication.

This class is designed for amateur and professional photographers who want to experience hands-on the techniques of lighting and composition of the human body.

The class is for intermediate to higher-level photographers who have basic functioning knowledge of their cameras. Photographers must have the ability to operate their own camera.

Anyone with a passion for fitness, the human physique, or has the desire to enter the world of athletics, sports, and fitness, will surely benefit from the class.

*Leica Cameras are NOT required.  This program will focus on techniques beyond the basics, so all participants are expected to have a basic understanding of their camera and ability to control exposure and menu settings.

*There will be a selection of assorted Leica Cameras and Lenses to try out for the weekend.

Enrollment is limited to 12 participants.

For over 30 years, Per Bernal has been known as one of the world’s premier physique photographers.  He has created signature portraits, picturesque campaigns, 1000+ magazine covers and features, as well as shot most of the world’s best bodies, redefined brand identities, created iconic images, and helped launch the careers of many.

Per’s body of work only encapsulates a limited part of his being. Coming from a troubled beginning in Sweden, Per was separated from his family at six and grow up as a foster child,   he learned from a young age to work hard, listen to his inner voice and to never give up. At 18, Per was given $150 from his grandmother to purchase his first camera. Since then, through his passion for photography, he has been able to work with the industry’s most respected athletes and celebrities. He moved back and forth from Sweden to the US numerous times, until 1999, when he was able to make Los Angeles his permanent home.

The mission behind his work has always been to “light a fire of inspiration” and motivate anyone viewing his images to be the best versions of themselves. Per has been able to move and uplift people through his photographs, but he is more than just a photographer, his art creates conversations that heal the soul. 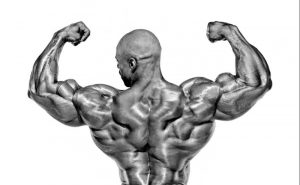